Bridges have long history in our civilizations. Bridges create a fascinating connection between the human desire to conquer everything and nature’s incredible force trying to remain undefeated. Through the brilliance of architecture and engineering, there are some bridges that strike us with surprise at the very first sight. This is an article about such bridges, the bridges that beautifully paint the glory of our achievements amidst the spectacles of nature. Here are 7 amazing bridges around the world that you must see once in a lifetime:

There are quite a few bridges that carry the traditional heritage of its locality but none so much than the Chengyang Bridge in China. Built amidst the rice fields, the bridge is nicknamed “The wind and the rain Bridge” and blends fantastically with the nature. Built in 1916, its captivating Chinese architecture and the pagoda roofs create a truly remarkable sight.

Although the Golden Gate Bridge might be the first thing that comes to mind when we hear “Suspension Bridge”, but the Akashi-Kaikyo Bridge in Japan can be much more spectacular. With the giant proof of Japan’s engineering brilliance, the Bridge is the longest suspension Bridge in the world which extends across 3,911 meters. It is equal to the size of four Brooklyn Bridges lined together one after another. Perfected in over 12 long years, the Bridge is really unique and sensational. 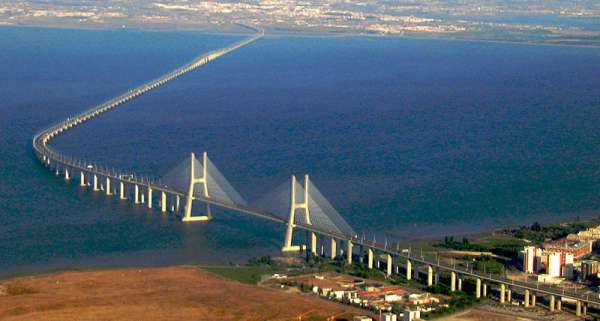 Extending for over an awe-inspiring 102 miles, the Danyang-Kunshan Grand Bridge in China is the longest bridge in the world. And it truly is as intense as it looks in those photographs taken from the choppers. Costing a total of 8.5 billion and using a workforce of 10,000 people, this bridge easily curved its name on the Guinness book of world records. An architectural and engineering marvel, the bridge opened in 2011 and took just 4 years to be completed. 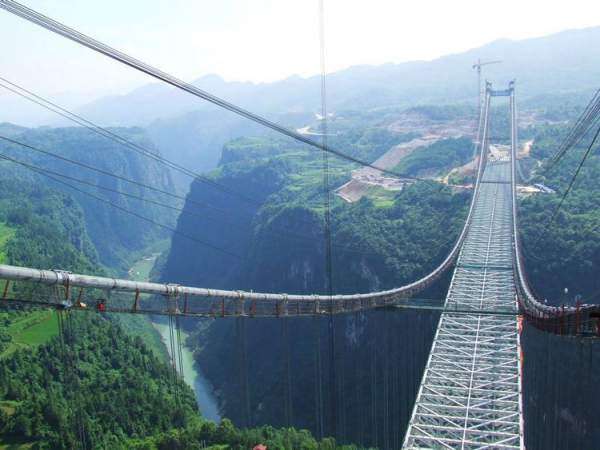 If you are scared of heights, then a few good photographs of the Siduhe Bridge of China might be enough to make you go “OMG”. The Siduhe Bridge, standing at an astounding 1,627 feet height above ground, holds the record for being the highest Bridge in the world. Sitting in a marvelous natural backdrop, high above the river gorge and surrounded by Green Mountains, the bridge makes for a truly breathtaking journey. 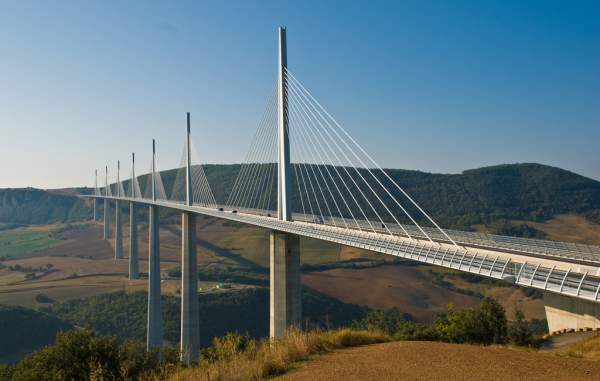 Perhaps one of the most praised and recognized bridges of the modern age, Millau Viaduct in France also curved its name in the Guinness book of world records for being the tallest bridge in the world. Standing an astounding 1,125ft tall, the Millau Viaduct received a very prestigious award, the Outstanding Structure Award in 2006. Costing more than 524 million dollars, the bridge makes for a ride in the clouds that is any drivers dream. 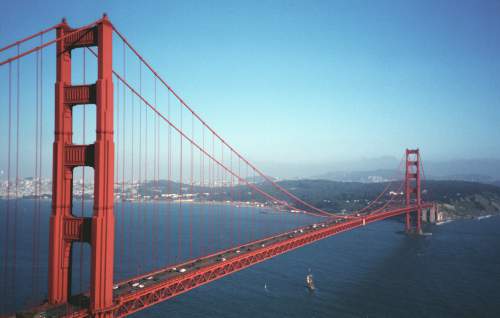 No list of bridges can be complete without the iconic and legendary Golden Gate Bridge of USA. With its trademark red color, the bridge blends in magnificently with the San Francisco city and the Pacific Ocean. It produces one of the finest sceneries in entire America. For quite a while, it was the longest and tallest suspension bridge in the world. 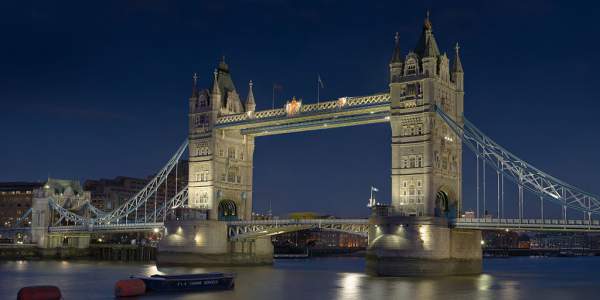 And from America, we head to England for the most amazing bridge in the world. The city of London is perhaps best represented by the sound of Big Ben and photograph of this iconic Tower Bridge. Once built to serve the needs of a busy London, it quickly became a standard of brilliant architectural designs. It took 11,000 tons of steel and 8 long years to build this amazing masterpiece.