Only 10 years ago, not so many people could even point to Croatia on the map. Is it somewhere in Eastern Europe, near Czech Republic? Or is it an island? Many wouldn’t know. But the situation has changed and is still rapidly changing, as Croatia is growing into a major tourist destination in the Adriatic and the Balkans. A country of great cultural and natural diversity, Croatia has many exciting tourist attractions to offer. Here are 10 top tourist attractions in Croatia:

10. The Historic Centre of Zadar

Iader, a modern-day Zadar, was a historical center of the Roman province of Dalmatia and the seat of the Roman Catholic Archdiocese of Iader. The Roman Forum in the centre of the city was founded by the first Roman Emperor Augustus. A Roman tower stands on the eastern side of the town and some parts of a Roman aqueduct can be seen outside the ramparts. Zadar continued on being important administrative centre in later times too: one of the best examples of Pre-Romanesque architecture is the St. Donatus’ Church, built in the 9th century. Once you’ve finished sightseeing, enjoy Zadar’s amazing nightlife. This is a popular student city, and there’s always something going on, especially during the summer. Thus, it is surely among one of the best tourist attractions in Croatia.

The city of Varaždin is located in Northern Croatia, about 2 hours driving away from Zagreb. Varaždin used to be the capital in Croatia in the 18th century. The Croatian Sabor (Croatian version of Parliament) used to gather here in 18th century. Unfortunately, the great fire in the end of 18th century forced Croatians to move their institutions back to Zagreb, today’s capital of Croatia. Varaždin is full of wonderful Baroque architecture and interesting sightseeings, the most popular of them being the Varaždin Castle. So, it easily makes our top 10 tourist attractions in Croatia.

Situated in the northwest of the country, by the river Sava, Zagreb is the largest city in Croatia, as well as one of the oldest settlements in this area. This is a popular city break and partying destination, and it’s been getting a lot of tourists ever since Croatia joined the EU in 2013.

Zagreb‘s Upper Town once used to be a Medieval fortress and centre of Medieval Kingdom of Croatia. It can be accessed by Funicular, one of the shortest in Europe, or by foot. Visit the Lotrščak Tower, famous by its cannon which are traditionally fired every day at noon. Continue towards St. Catherine’s Church and St. Mark’s Church, a remarkable piece of Gothic and Romanesque architecture, recognizable by its colorful roof. Finish the tour off by visiting the Cathedral, and tasting local dishes in one of many restaurants nearby. 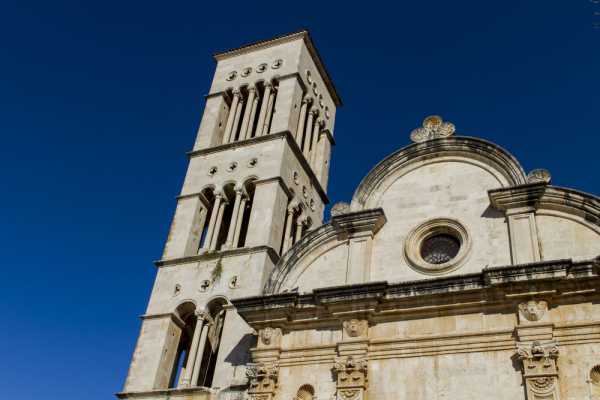 The Island of Hvar is situated in the southern part of the Adriatic, off the Croatian coast. If you’re looking for the sunniest spot in the Adriatic, this is where you want to go – Hvar receives the most amount of sunshine per year, and it’s often called “the sunny Hvar”. The annual average is 2726 hours of sunshine per year, whilst the highest number was recorded in 2003, when the city of Hvar counted 3053 sunny hours. That’s 127 days of sun all together!

Hvar was settled in Ancient times – the Greeks sailed here, searching for more fertile land they can occupy. Due to its very good geographical position, the Island of Hvar stood on the crossroads of many naval and trade routes throughout history. It also had many names: the Greeks named this island Pharos, Romans changed it to Pharia. The Italian name was Lesina and the Croatian name is Hvar. This is surely one of the must-visit tourist attractions in Croatia.

Croatian wines are well known in the region, and one of the best wine sorts are made in the city of Ilok, situated in the East of the country. In fact, Ilok is the most eastern town in Croatia; if you go any further, you’ll cross the Danube and find yourself in Serbia. Ilok wine cellars were built by the Italian Odescalchi family, that used to live here and also built a beautiful Baroque castle in the 18th century. Wine cellars are open to public and you can take a tour and taste Croatia’s best wines yourself! The best time to do it is in September, when the popular grape picking manifestation takes place. It isn’t only about grape picking, of course – it is also about traditional music, good food and lots of wine!

Consisting of sixteen lakes, this tourist attraction is one of the most beautiful and popular national parks in Croatia. This national park is on the UNESCO list of protected natural heritage sites and has been since 1979. The Plitvice Lakes consist of sixteen interlinked lakes, often called the sixteen silver stairs. They are also full of wonderful waterfalls, the biggest one being 78 meters high. Each year, more than 1.1 million visitors walk through this National park. The lakes are surrounded by forests, which have been proclaimed a protected area since the 19th century. These forests are home to various animal species, such as the brown bear, known as the bear of Lika, the region where the Lakes are situated. You will not find any list of top tourist attractions in Croatia which does not include this attraction.

Located in northern Croatia, just an hour driving away from Zagreb, this is probably the most beautiful castle in this part of Europe.

Trakošćan was first built in the 13th century, and back then it was a part of Croatia’s fortification system. Today’s Trakošćan is the result of the 19th century restoration, undertaken by the Croatian noble family of Draškovići – who are its most famous residents. The Castle’s museum has a well presented exhibition of 19th century art and furniture. This is a perfect one-day trip destination, especially if you’re traveling with children, as the Castle is surrounded by a vast park with a lake.

03. The Roman Amphitheatre in Pula

This stunning amphitheatre dates back to the 1st century AD, and is one of the best preserved in the world. Popularly called the Arena of Pula, and sometimes also compared to the Colosseum in Rome, this place once hosted the gladiator fights. Later, in the Middle Ages, various tournaments and fairs used to take place here. Today many events, such as concerts and film projections take place within the walls of Arena.

02. The Diocletian’s Palace in Split

The Roman Emperor Diocletian decided to retire in Split; therefore, he built this vast in the centre of today’s Split, so that he can move here and enjoy the rest of his life in peace. The complex was built in the 4th century AD and originally occupied around 30,000 square meters. Emperor Diocletian had a wish to enter his palace on a ship, without leaving the deck. Thus, the lower tier of Diocletian’s palace was once covered with water, so that he can get directly into the Palace. The so-called palace was a massive structure and contains not only the palace itself but also buildings, intended for housing military garrison. Today, right outside the Palace is the popular Riva, the vibrant and always packed promenade, overlooking the Adriatic Sea.

Located right on the entrance to the Adriatic Sea, Dubrovnik was an important transit point between the East and the West. A lot of powerful and rich harbour cities developed and flourished in the Mediterranean, Venice being one of them. Along with the rest of the Adriatic coast, Dubrovnik also was under Venetian rule. Yet, its inhabitants managed to gain some autonomy and develop independently, into a respectable maritime city, nurturing its own culture, tradition and prosperity. Today, Dubrovnik city walls are the major attractions for visitors. Being one of the best preserved fortified complexes in Europe, the walls became a desirable target for famous filmmakers. The popular “Game of Thrones” show was filmed right here, in Dubrovnik.